Cairns' lawyers have taken the step of reporting Vincent to the police.

Former New Zealand all-rounder Chris Cairns‘ lawyers in Britain have gone on the offensive and questioned why disgraced cricketer Lou Vincent has not been criminally prosecuted for his match-fixing. The England and Wales Cricket Board ( ECB) has banned Vincent from cricket for life after he admitted to accepting 40,000 pounds to fix matches while playing for Sussex in 2011. He also confessed to fixing as a Lancashire player in 2008.

But there has been no move to press criminal charges against Vincent to the extent allowable under British law, Stuff.co.nz reported.

Pakistan players Salman Butt, Mohammad Asif and Mohammad Amir were jailed in 2011 and Essex fast bowler Mervyn Westfield was jailed in 2012, all after being found guilty of spot fixing during matches in England. Cairns’ lawyers have taken the step of reporting Vincent to the police in an attempt to put that process in motion. Rhory Robertson, who is a partner at Collyer Bristow, solicitors acting for Cairns in Britain, said that he can confirm that on 2 July 2014 he referred Vincent’s serious criminal activities to the Metropolitan Police Service with a view to his prosecution.

He said that their legal system has as its core the principle that all people are treated equally before the law, and added that no one, including the Metropolitan Police Service (MPS) and the Crown Prosecution Service (CPS), can be unreasonably selective as to when and against whom they apply the law.

Robertson said that Vincent’s admitted actions are serious and have so far gone unsanctioned, and added that this failure to prosecute is unacceptable.

Cairns himself has been involved in a match-fixing probe by the International Cricket Council (ICC) though no action has been taken against him. He has also been reportedly interviewed by the Metropolitan Police in Britain with no action taken as yet.

The police have passed on a file to the Crown Prosecution Service over suspicions of perverting the course of justice relating to the libel trial Cairns won against Lalit Modi in 2012, who had accused him of fixing, the report added. 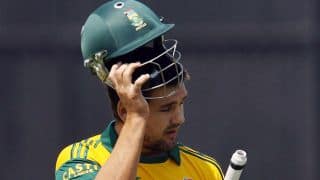 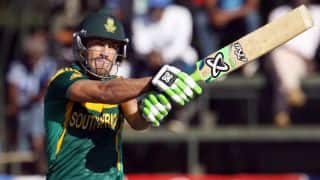