Former New Zealand all-rounder Chris Cairns’ perjury trial has been adjourned till October 2015 as that is only time when the witnesses involved will not be playing any international or domestic cricket at that time.

According to a report in stuff.co.nz, a date of October 5, 2015 has been set for the four-week trial after a preliminary hearing was held at Southwark Crown Court in London.

Cairns had won 90,000 pounds after he sued former Indian Premier League (IPL) chairman Lalit Modi over a 2010 tweet accusing the all-rounder of match-fixing.

He retired from international cricket in 2004 after becoming one of only 12 players in Test history to complete the ‘double’ of 200 wickets and 3,000 runs. 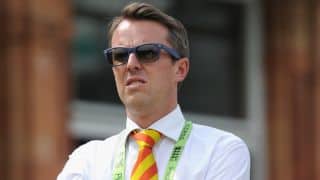