West Indies captain Darren Sammy on Wednesday said that his team's preparations for next week's first Test against Bangladesh were on course despite their warm-up match being shortened by a day due to wet ground. 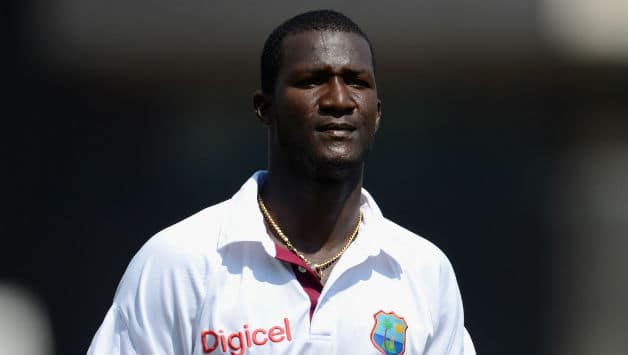 West Indies captain Darren Sammy on Wednesday said that his team’s preparations for next week’s first Test against Bangladesh were on course despite their warm-up match being shortened by a day due to wet ground.

The West Indies were due to start the tour with a three-day game against Bangladesh Cricket Board (BCB) XI in Savar, 40 kilometres (25 miles) north of the capital Dhaka on Thursday, but were told the match was delayed by a day.

However Sammy was still hopeful his team would be ready in time for the first of two Tests which start in Dhaka on November 13.

“We have been told that the ground where we are supposed to play the practice match is wet, we are still monitoring the situation and hoping to get some practice before the Test match,” Sammy told a press conference.

It will be the first West Indies tour since they won the World Twenty20 in Sri Lanka last month, their first world title since clinching back-to-back World Cups in 1975 and 1979.

The second Test will be played in the new venue of Khulna from November 21. The West Indies will also play five one-day matches and one Twenty20 tournament on the tour.

Sammy said the return of opener Chris Gayle and batsman Shivnarine Chanderpaul is likely to give the West Indies the edge in the series.

“We have got an experienced batting line up, last year we came here without Gayle who is now in the team while Chanderpaul is still one of the best Test batsmen in the world and Marlon Samuels is in good form,” said Sammy.

The West Indies won a two-Test series in Bangladesh last year, with Gayle not selected due to his differences with the Caribbean board.

“We have young players like (Darren) Bravo and Kirk Edwards had a good series here,” said Sammy of Edwards who scored a century and fifty in the West Indies’s 229-run win in the second Test in Dhaka last year.

“We are quite confident in what we have and what we could do and we just need to go down and execute our plans,” said Sammy. “I think we have got a good balance and (are) just looking to come out and perform consistently.”

Sammy said his team will not underestimate Bangladesh.

“Bangladesh is a team we have never taken lightly, they are always difficult opposition at home so we have a lot of respect and will do our best to win,” said Sammy.