He also became the fourth cricketer in the world to score over 9,000 ODI runs and claim over 150 wickets.

West Indies explosive opener, Chris Gayle completed his 9,000 runs in ODIs against Zimbabwe in match 15 of the ICC Cricket World Cup 2015 at Manuka Oval in Canberra on Tuesday. He also became the 16th batsman in the world to score 9,000 ODI runs and is the 4th West Indian to do so. He also became the fourth cricketer in the world to score over 9,000 ODI runs and claim over 150 wickets (159 wickets so far). Currently, West Indies are 156 for the loss of a wicket after 31 overs with opener, Chris Gayle batting on 94 and Marlon Samuels on 50. Catch live updates of the match here 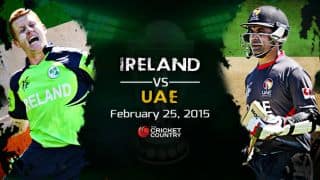 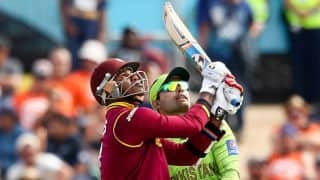