West Indies opening batsman Chris Gayle who scored the fastest century in professional cricket says he is dedicating his history- making feat to fans in the Caribbean. 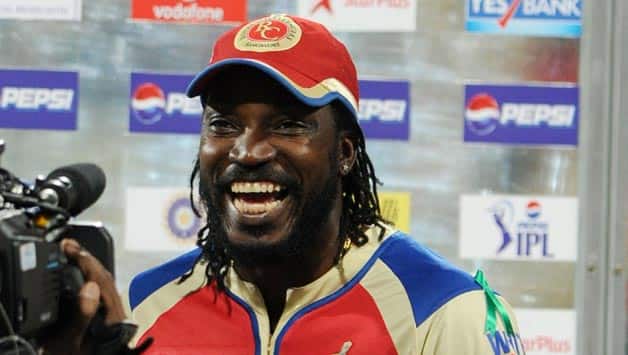 West Indies opening batsman Chris Gayle who scored the fastest century in professional cricket says he is dedicating his history-making feat to fans in the Caribbean.

Gayle established a series of records on his way to an undefeated 175 for Royal Challengers Bangalore (RCB) against Pune Warriors India in an Indian Premier League (IPL) match on Tuesday.

The Jamaican batsman scored the fastest 50 in IPL history, fastest 100 in T20 history and the highest individual score in IPL history.

“I had a chance to speak with Chris via social media after the game and he wanted me to let the fans in the Caribbean know that he was dedicating the knock to them,” said Wavell Hinds, President of the West Indies Players Association (WIPA).

“He told me that it was very rewarding to see the positive early reactions to his innings from the regional supporters.”

“I am sure that we speak for all true fans of West Indies cricket when we say that his innings will go down as the greatest in the brief history of T20 cricket,” said Hinds.

“We wish him continued success, for the remainder of the IPL, and certainly hope that he will bring his current form to the ICC Champions Trophy later this year.”