CSA CEO Haroon Lorgat has expressed his disappointment in not seeing Indian player take part in the T20 Global League.

In yet another show of money and glitz, the T20 Global League governed by Cricket South Africa (CSA) underwent its auction for the inaugural season. As foreseen, most of the players in demand belonged from ICC World T20 Champion side West Indies. Teams on day one of the player auction quickly snapped up the likes of Dwayne Bravo, Chris Gayle and Kieron Pollard.

The second part of the draft is under process now with 8 rounds being completed. Unlike the Indian Premier League (IPL) each team has been allocated an 18-man squad limit.

The tournament is scheduled to begin in November. Earlier, CSA CEO Haroon Lorgat expressed his disappointment in not seeing Indian player take part in the T20 Global League. He also stated that BCCI s decision of not allowing their players to play outside IPL is something beyond CSA s control. 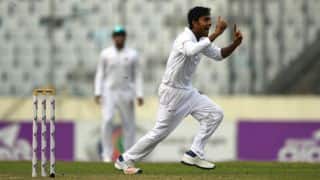