‘Universal Boss’ Chris Gayle ended his stint with Somerset in England’s T20 competition with an half-century against Hampshire. Gayle scored a 39-ball 52 in his final game to help side chase down a target of 134. This was the final game of his six-match stint with Somerset, and he will now fly off to West Indies to represent Jamaica Tallawahs in the 2016 edition of Caribbean Premier League. In all, he played five matches for Somerset during his stint, scoring 177 runs, including three scores of over 40. The team is skippered by Jim Allenby and also have former Sri Lankan Mahela Jayawardene in it’s ranks. ALSO READ: Kohli, Gayle among others in Warne’s best T20 team

Speaking after his match-winning performance to somersetcountycc.co.uk, Gayle said, “It’s not a bad way to sign off, with a half century, a catch, a Man of the Match Award and two points for the team. We got the result so everything went really well and hopefully we can build on that platform.”

“This is the best send-off that I could have had from Somerset. Apart from the first game that was very poor I have felt that I have got into the spirit. Hopefully the team can get to the final a get the chance of a trophy.”

Gayle has been playing the England’s domestic T20 competition after being left out of West Indies’ squad for tri-nation series involving Australia and South Africa. Gayle along with Andre Russell, Dwayne Bravo and Darren Sammy were not selected, owing to their differences with the West Indies Cricket Board (WICB). 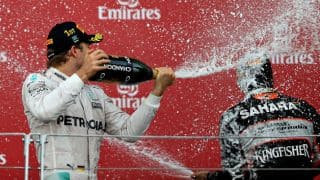 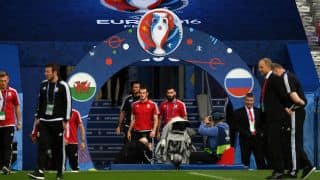 Euro 2016, Group B, Russia vs Wales at Toulouse: Must-win game for both teams