Talismanic opener Chris Gayle has pushed back on suggestions that his wicket is key to the West Indies fortunes in the One-Day International (ODI) series against New Zealand. 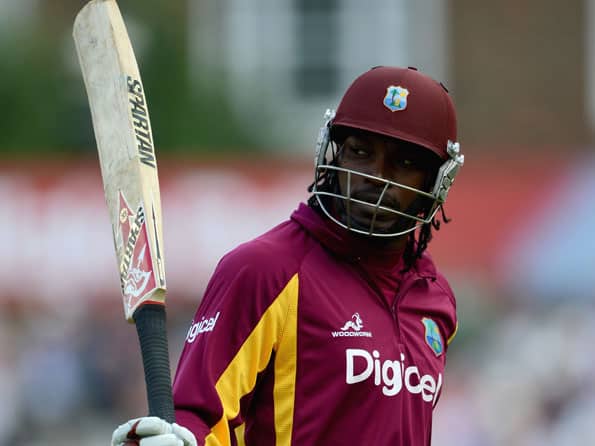 Chris Gayle has been in superb form with half-centuries in all four innings of the series, as the West Indies have swept the first four games of the limited overs series Getty Images

Talismanic opener Chris Gayle has pushed back on suggestions that his wicket is key to the West Indies fortunes in the One-Day International series against New Zealand.

The left-hander has been in superb form with half-centuries in all four innings of the series, as the West Indies have swept the first four games of the limited overs series.

New Zealand felt getting Gayle’s wicket would be crucial to unraveling the West Indies batting, but the Jamaican said the Caribbean side had other capable match-winners, reports Caribbean Media Corporation (CMC).

“When you look at the last home series against Australia, I wasn’t here, other guys got runs — Pollard got a hundred and others did well,” Gayle told reporters.

“So far in this series, I have made the most runs, Smithy (Dwayne Smith) got runs and Marlon (Samuels) scored a good hundred in the last game,” he said.

“The guys waiting are hungry and we are all capable of doing the job. It’s not about one individual making the team win. Yes, I have been getting runs, but we have others in the team who can do the job.”

“Guys are looking to step up and do what is required for the team.”

Gayle’s rich form has brought him 326 runs in four innings on tour, including a century and three half-centuries.

He has now gone past 50 in five of his six innings since his return to the side, following a lengthy stand-off with the West Indies Cricket Board.

With Gayle back, the West Indies have looked a vastly improved side but he was quick to praise the overall team performance.

“We have a good rhythm, we have a good thing going. We have a strong all-round team and we have executed our plans well,” he said.

“If we are the better team, then we should be able to go out and beat them and that’s what we will be looking to do again. We have some players who are prospects.”

The West Indies face New Zealand in the third ODI Wednesday at Warner Park knowing a win will hand them an important series victory.

But despite two relatively easy victories in the two ODIs at Sabina Park in Jamaica last week, Gayle said West Indies needed to brace for a backlash from the wounded Kiwis.

“We can’t take them for granted. They might have a few injuries and a few experienced players might be missing, but they still have some quality players in their team,” he warned.

“We can’t get complacent and think we have done the job because we are 2-0 up. We have to come out and do the job and that would take us to 3-0.”(IANS)