Chris Gayle may be back for T20s against New Zealand, says West Indies coach Ottis Gibson

Chris Gayle may be back for T20s against New Zealand, says West Indies coach Ottis Gibson

Chris may be back for the T20s against New Zealand in January, hinted Ottis Gibson.

Chris Gayle might be seen playing in New Zealand during the Twenty20 Internationals, with West Indies coach Ottis Gibson predicting the star batsman will play the tour-ending T20 matches, according to reports.

According to Stuff.co.nz, Gayle was a notable absentee from the Test series against New Zealand after suffering a torn hamstring during a One-Day International in India in late November, which was originally expected to sideline him for four to five weeks. His name was also missing from the ODI squad for the five-match series which starts in Auckland on Thursday, the report said.

The blockbusting left-hander posted photos on his Twitter page at training with his former Big Bash team Sydney Thunder, and also padded up at net practice in recent days, the report added. Gayle isn’t officially listed with any Big Bash teams and his presence in Sydney was curious, the report further said.

However, Gibson, picking over the carcass of the team”s 2-0 Test series defeat, said Gayle wouldn”t be rushed back for the ODIs, even if he was just across the Tasman, the report mentioned.

The tour-ending T20Is are in Auckland on January 11 and Wellington on January 15, which should be box office gold for New Zealand Cricket with their big drawcard, Jesse Ryder returning to international cricket on Thursday, according to the report. 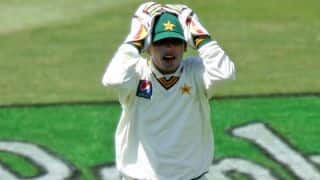 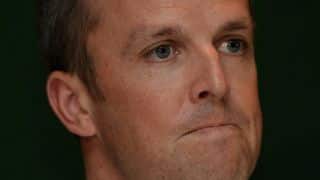