Nearly 200 foreign cricketers have expressed interest in the Bangladesh Premier League despite security threats that forced the Australian team to cancel its tour of the country, officials said Sunday. Tainted Pakistani fast bowler Mohammad Aamer and Chris Gayle from the West Indies are among the foreigners, along with 48 from England and four from Australia, a Bangladesh Premier League (BPL) official said. “So far 182 foreign players including 52 from Pakistan and 48 from England have formally expressed their interest to play this year,” said BPL technical committee member Khaled Mahmud. “Among the top names are Misbah-ul-Haq, Shahid Afridi and Mohammad Aamer whose ban has been lifted recently, Chris Gayle of the West Indies, Ravi Bopara of England and Kumar Sangakkara of Sri Lanka,” Mahmud told AFP. READ: Mohammad Aamer among 52 Pakistanis in BPL 2015 foreign players list

The Bangladesh Cricket Board (BCB) is staging the lucrative Twenty20 tournament from November 21, two years after it was halted in the wake of a match-fixing scandal. The BCB, under pressure to bring back international cricket to the country, said it had received a good response to the league despite the security fears. Australia this month called off its series after official warnings that militants may attack Western interests. Tensions have since heightened after the murders of an Italian aid worker and a Japanese farmer in the space of five days, in attacks claimed by the Islamic State militant group. READ: Bangladesh Premier League (BPL) 2015 to start November 24; 6 teams to take part

“We have assured adequate security for all the cricketers playing here. So there was no major concern from the foreign players,” said BCB spokesman Jalal Yunus.  The lottery for BPL players will be held on October 31. Each of the six franchises in the tournament will be able to register seven foreign cricketers. The Pakistan Cricket Board barred its players from the second edition of the BPL in 2013 after Bangladesh refused to tour Pakistan, citing security fears. But ties between the two boards have improved in recent days after Bangladesh sent its women’s cricket team to Pakistan. Aamer was banned for bowling deliberate no-balls during the fourth Test against England at Lord’s in 2010. He completed his ban on September 1, 2015 and has already made a return to competitive cricket. 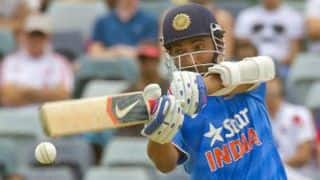