West Indies faced a 212-run defeat in the first Test against Australia at Hobart.

Chris Gayle has admitted that he is ready to play the Boxing Day Test against Australia if West Indies wants his inclusion in the playing XI. The explosive opener was terribly missed in the opening Test at Hobart where Australia had thrashed the visitors by 212 runs. Gayle recently underwent a back surgery but the 36-year-old however expects he’ll be fit enough to play every Big Bash League game for the Melbourne Renegades this season. If he is unable to gain full fitness, he is quite certain about making a comeback in the Tests next year. Nevertheless, he hasn’t played in the whites since 2014 with the Bangladesh series in September being his last appearance for West Indies in the Tests. FULL SCORECARD: Australia vs West Indies, 1st Test at Hobart

According to ninemsn.com.au, Gayle said, “There’s no way I could have actually been part of that Test team (in Hobart), I’m just coming back off injury. I haven’t retired from the game. Next year hopefully Test cricket is on the agenda.”

Gayle’s comments came as criticism continued to pour in about the tourists’ performance at Bellerive and their board’s shambolic state. He was recently seen playing in the Bangladesh Premier League for Barisal Bulls. Gayle hammered an unbeaten 92 off just 47 deliveries in a match-winning effort against Chittagong Vikings.The burly West Indian’s whirlwind knock helped Barisal Bulls chase the 136-run target set by the Chittagong Vikings with eight wickets and five overs to spare. Gayle’s knock came at a time when the West Indians, his national side were struggling against the Australians in the first Test at Hobart. 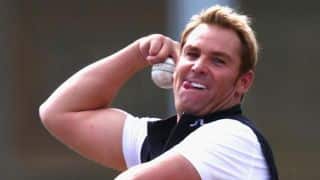