Talismanic opener Chris Gayle has accused the West Indies Cricket Board of "mind games" and vowed to address their demand for an apology at the end of the Regional Super50 Series. 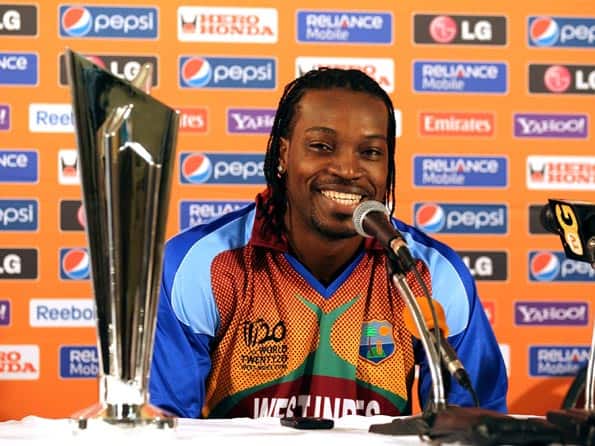 Talismanic opener Chris Gayle has accused the West Indies Cricket Board of “mind games” and vowed to address their demand for an apology at the end of the Regional Super50 Series.

Gayle, who leads Jamaica in the ongoing tournament here, was told last week by WICB that he would have to withdraw the controversial comments he made earlier this year, to be considered for selection to the regional side.

The outspoken Gayle was highly critical of the Board and head coach Ottis Gibson during an interview with a Jamaica radio station. He has been overlooked for selection since.

“I received a message about the apology at a team meeting the day before we (Jamaica) had to play the Leewards Islands here (last Thursday) in the middle of a regional tournament,” Gayle told reporters.

“I think they (WICB) are playing mind games with me. I have told them that I want to focus on winning this tournament for Jamaica and I will deal with the apology issue at the end of this competition.”

The WICB mandated last week that Gayle formally back away from his earlier criticisms of the Board or face isolation from the West Indies side.

In a statement, the Board said they hoped Gayle would “comply with the standards and requirements” they had set out as they believe he could still make a meaningful contribution to the regional side.

However, a fired up Gayle said the Board needed to make it clear what exactly he had said that required a retraction, and contended it was unfair for anyone to question his commitment to West Indies cricket because of the impasse.

“They need to say exactly what Chris Gayle should apologize for ? what in the interview?” Gayle said.

“I don’t think the Board wants to solve this issue. This needs to be closed as soon as possible and they need to be clear on what I should apologize for. This whole thing is sad and I am getting fed up with my name being all around, questioning my commitment to West Indies cricket.

“Over the years I have shed blood, sweat and tears for West Indies cricket and its sad that some would question my commitment to West Indies cricket. I stand for what I believe in ? that?s the type of person I am ? playing again for the West Indies is in their (WICB) hands.”

Following the highly charged interview, Gayle was told by the WICB that he needed to explain his comments before he could be considered for selection.

However, a June meeting in Jamaica involving Gayle, WICB and West Indies Players Association officials failed to resolve the issue and the Board subsequently said it had ‘ended in uncertainty’.

Since, Gayle discussed the matter with Gibson and also met with WICB chief executive Ernest Hilaire, but no solution was apparently reached. (IANS)