Australia and UAE will face each other in a one-off Twenty20 on Monday with the match being granted international status by the ICC.

Twenty20 specialist Chris Lynn, who last played a T20 International for Australia against New Zealand at Auckland in February this year, is thrilled at the prospect of playing a T20 against UAE, which will be the first time the Aussies will rub shoulders with the No. 13-ranked side.

Australia and UAE will face each other in a one-off Twenty20 on Monday in Abu Dhabi with the match being granted international status by the International Cricket Council (ICC). “I reckon it’s awesome,” was quoted as saying in a report in cricet.com.au on Monday.

The match will be serve as a warm-up for Australia who face Pakistan in the three-match T20I series next beginning on October 24. “We’re coming up against the No.1 T20 side in the world [Pakistan] so we want to make sure we get momentum early in the series. There’s no better way to do that than having a proper fixture.”

Lynn hopes UAE can throw up surprises how Afghanistan have done with Rashid Khan and Mohammad Nabi.

“We’ve seen Afghanistan over the last couple of years and some of the players that have come out of that – like Rashid Khan – are unbelievable,” Lynn said.

“The UAE’s not that far behind them so I think they’ve got a great opportunity now to get known on the world stage. As a team they might not be as strong but if one or two blokes can get picked up in say the Indian Premier League, I think it’s going to be great for the game of cricket. Young kids are going to see that and aspire to [replicate] guys, like in Afghanistan with Rashid Khan where everyone wants to bowl leg spin.” 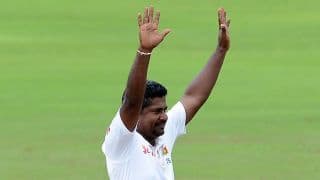 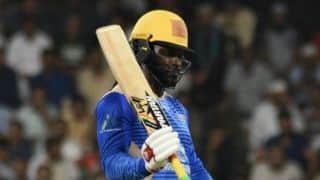