Veteran New Zealand pace bowler Chris Martin announced his retirement from all forms of cricket on Wednesday after an almost 13-year international career. 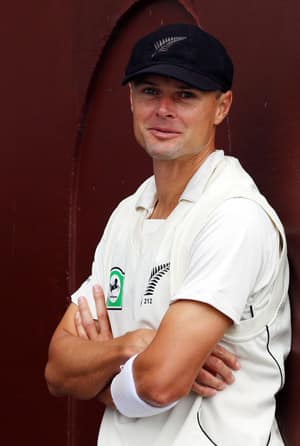 Veteran New Zealand pace bowler Chris Martin announced his retirement from all forms of cricket on Wednesday after an almost 13-year international career.

With 233 victims in 71 Tests, Martin retires as New Zealand’s third-highest wicket-taker in Tests behind Sir Richard Hadlee (431) and Daniel Vettori (359).

“It feels like the right time to step down,” Martin was quoted as saying by The New Zealand Herald. “I have loved every second and given it everything when playing for the Black Caps, but after 15 years of professional cricket, it’s time to pursue a new challenge.”

“Wearing the silver fern has brought me a huge amount of pride and will be something I’ll always cherish. Representing the Black Caps has been a massive privilege, and playing with a group of guys who’re so passionate about doing well for their country has been very special. I wish Brendon and the team all the best for the future.”

Black Caps coach Mike Hesson paid tribute to Martin and said that he will be sorely missed.

“The way Chris goes about his business both on and off the field has made him one of the most respected players in the changing room. With over 200 Test wickets his stats speak for themselves, but his knowledge and experience make his presence in the group so important,” said Hesson.

“He’s been a great role model for younger team mates and will be sorely missed. We wish him all the best for the future.”

Martin finished his international career ranked No 19 in the world. At the 2011 New Zealand Cricket Awards, he received the Sir Richard Hadlee Medal — an award given to the country’s top performer of the year.