Chris Morris was sidelined of late owing to a knee injury he suffered, and is instead preparing himself, as well as staying focused to make a comeback for South Africa.

Former Test champions South Africa on Friday suffered another setback, after Test player Dane Vilas became seventh South African to sign for English county side Lancashire on a Kolpak deal. However, South African all-rounder Chris Morris has assured Cricket South Africa (CSA), that he has committed his future to South Africa and would continue playing for them, while he has no intentions to sign a Kolpak deal to join an English county side. Morris played a couple of Tests in 2016, which has made him eligible for the deal. However, he was sidelined of late owing to a knee injury he suffered, and is instead preparing himself, as well as staying focused to make a comeback to the international ground.

“There’s been a lot of noise about Kolpak from everywhere. There haven’t been any offers or anything for me but there was just a lot of noise around it. I said to Errol Stewart the selector, I have committed myself to Cricket South Africa. I want to play cricket for my country. I am going to give it a full go,” said Morris, reported ESPNCricinfo. Speaking on his injury, he said, “My first question to our physiotherapist – can I play golf? He said, ‘If an 80-year-old can play golf, you can play golf.’ That was my saving grace because it kept my hand-eye co-ordination there.” County Championship 2017: Chanderpaul, Vilas to join Lancashire

Speaking more on playing for South Africa, he said, “I will always look to be playing Test cricket. It’s what I want to do and what I want to play because for me, that’s the best form of cricket. I will always be trying to play Test cricket but if I don’t play again, so be it. I will never stop trying to get there. It will be quite nice to be in the Champions Trophy squad but if not, there are guys that have put their hands up and deserve to be there. If it’s not my time, it’s not my time. If I am not selected in the Proteas squad, so be it. I will just play for the Titans and try and fight for my place back.”

“It’s up to the person. It’s not for me to judge what decision they make in their career. That’s the decision they make and they go with it and stick with it. For me, it’s a personal thing. I like to look at what you want to achieve from a career. I’m sure those guys would most probably want to achieve more, but opportunities come and you have to look at your future,” he concluded. 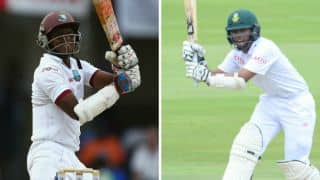 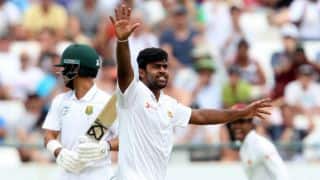