Australian opener Chris Rogers wants a steady partner at the top of the order for the Ashes 2013-14 series against England and has his eye on David Warner. 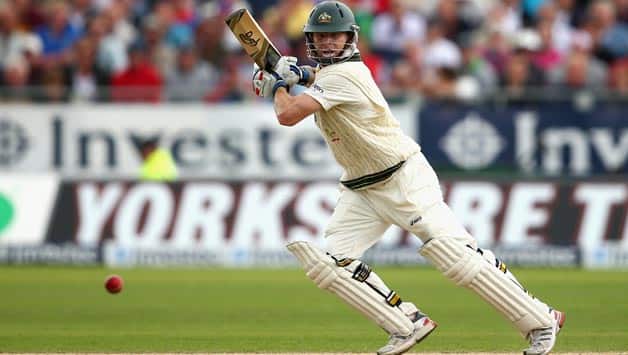 Australian opener Chris Rogers wants a steady partner at the top of the order for the Ashes 2013-14 series against England and has his eye on David Warner.

The veteran left-hander was a regular feature during the mid-year Ashes 2013 series in England on his recall five years after his only previous Test, and he proved to be one of the team’s few success stories.

Rogers, who opened alongside Shane Watson for the first half of the tour, before teaming up with Warner, said a regular long-term partner would be beneficial.

“It’s a tough job opening the batting and you need support from the guy down the other end, so a bit of familiarity is a good thing,” he told Australian Associated Press on Wednesday.

But he admitted it was up to himself and Warner to make that happen.

While Warner’s recent Test form has been mediocre, Rogers expects his recent stellar one-day domestic form to translate into the game’s longer version.

“That will give him a lot of confidence and he’s that kind of guy,” Rogers said of Warner, who was left out of Australia’s ongoing one-day tour to India but has excelled for his state New South Wales (NSW), cracking three centuries.

“If he’s scoring runs and feeling loved and supported then he’ll enjoy that.”

Rogers, 36, added that it was satisfying to enter a summer having finally proved he can perform at Test level.

“The whole thing about when you haven’t played it, the question is whether you are good enough … once the runs start coming and the pressure kind of lifts a little bit then you can start to enjoy it,” he said.

England play the first of five Test matches in Brisbane at the Gabba from November 21.