England paceman Chris Tremlett said Monday he aims to target Australia captain Michael Clarke if he gets the chance to bowl in the Ashes series. 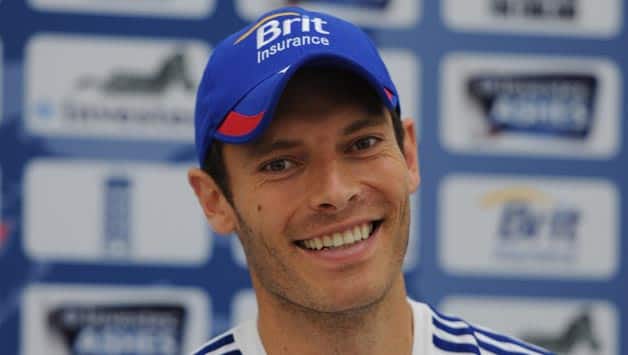 England paceman Chris Tremlett said Monday he aims to target Australia captain Michael Clarke if he gets the chance to bowl in the Ashes series.

Tremlett is vying for the third and final spot in England Test pace attack, along with Steven Finn and Boyd Rankin, starting in Thursday’s opening tour game against a Western Australian Chairman’s XI in Perth ahead of the Ashes series opener in Brisbane on November 21.

The Surrey giant terrorised Australia’s batsmen on the last Ashes tour three years ago, when England retained the urn Down Under.

In that series, Tremlett snared 17 wickets across three Tests, including a match haul of eight for 150 in Perth. Although he failed to fire during the recent English county season, his previous hot form in Australia has him right in the mix to feature in this southern summer’s return Ashes series.

And the 32-year-old knows just how crucial it will be to snare the wicket of Clarke, who remains Australia’s premier batsman despite ongoing back issues.

“It’s always important that you target the captain in any side and obviously he’s been their form player in the last few years,” said Tremlett, who dismissed Clarke twice in Perth three years ago.

“If you can get one over the captain in any side, obviously it’s an advantage.

“So he’s one player we’ll target, as well as some other guys.”

England batsman Kevin Pietersen, who was a late arrival in Australia on Sunday following the recent death of a close friend, practised in the nets with his teammates on Monday.

Pietersen remains one of England’s biggest weapons and Tremlett hopes the 33-year-old will fire this series.

“He’s in good spirits,” Tremlett said. “It’s nice to have him rejoin the camp.

“We know how destructive he can be. He’s capable of taking any situation away from any opposition.We’re hoping Kevin will be fine when it comes around to going out there.”

Tremlett’s playing future hung in the balance after he was forced to undergo complicated spinal surgery in February last year.

His comeback barely got off the ground before he tore cartilage in his knee and was forced to have further surgery.

Tremlett has snared 49 wickets at an average of 26.75 during his 11-Test career, and is hopeful his body will allow him to play into his mid-30s.

“There were some pretty tough and painful times coming back,” Tremlett said.

“So that’s something that’s really driven me to keep going. Sitting back here today and being back on a tour to Australia… it’s worth the pain of going through those tough times.”