Joshi feels that the players will take a long time to recover from the traumatic situation.

Former India spinner and currently Bangladesh s spin consultant Sunil Joshi was petrified when he heard about his team s close shave during the Christchurch mosque attack which saw the death of 50 people and the cancellation of the third Test against New Zealand called off.

Joshi was at the team hotel when the incident unfolded.

I first heard about the tragedy when our team manager Khaled Mashud called and told us there was shooting at the mosque and none of us should leave the team hotel. The whole incident has shaken everyone. I was at the team hotel with a few others because I didn t want to have lunch at the stadium. After lunch, the press conference and prayers, the team bus was supposed to have picked us up from the hotel before we headed out for practice, Joshi was quoted as saying by the Times of India on Tuesday. (ALSO READ: Bangladesh cricketers arrive home after Christchurch massacre)

Recalling the aftermath of the incident once the players returned to the team hotel, Joshi explained: They just hugged everybody and wept. The image of a dead body on the road, injured people soaked in blood kept coming back to them. On their return, we gathered in the team room and none of the players wanted to go back to their rooms until well past midnight.

Fate played a huge role that day. The pre-match press conference ahead of the third Test match got delayed and that led to the delay in the players heading to the mosque. The lady who alerted them about the gunman too was a lifesaver. (ALSO READ: New Zealand-Bangladesh Test called off after Christchurch mass shooting)

Joshi feels that the players will take a long time to recover from the traumatic situation specially four to five players, including Soumya Sarkar and Liton Das, set to get married.

It is very difficult to put in words what the team is going through. All the players and staff are mentally traumatised and will take a lot of time to come out of it. After all, time is the best healer, said Joshi. 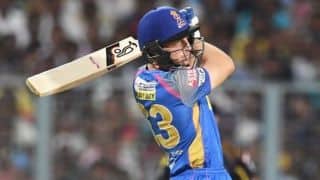 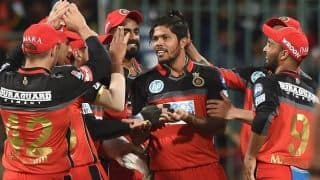