CIC defers verdict on DDCA coming under ambit of RTI

CIC defers verdict on DDCA coming under ambit of RTI

DDCA contested that they are not a public authority.

New Delhi:  The Central Information Commission (CIC) on Monday deferred the matter of bringing Delhi and District Cricket Association (DDCA) under the Right to Information (RTI) Act “sine die” in a split verdict with one of three Information Commissioners ordered SFIO inquiry against the cricketing body. The Commission “refrained” from passing an order as similar matter in separate cases are under stay at Delhi High Court. However, the Commission said that once the superior courts pronounce their decision the parties could approach it.

The majority verdict, which will prevail, given by Information Commissioners Basant Seth and Sharat Sabharwal — both ex-bureaucrats — came as relief to DDCA which was contesting to be declared as Public Authority as it said it is not financed by Government. The case relates to activist Subhash Chandra Agrawal who filed a complaint with the CIC claiming that DDCA had not responded to his RTI application seeking details of land and others assets of the cricketing body. Former member of Indian Cricket team and BJP MP Kirti Azad also intervened in the matter seeking declaration of DDCA as public authority under the RTI Act.

Information Commissioner Sridhar Acahryulu differed with the majority decision and declared that DDCA was an NGO getting substantial funding from the government which brings it under the ambit of the RTI Act. He also directed the Serious Fraud Investigation Office to conduct a thorough probe into all financial irregularities of DDCA including the allegations made by various personalities.

Acharyulu also told Land and Development Office (L and DO) to secure compliance of all conditions in the lease deed including collection of charges and damages running into crores of rupees as calculated by its department ignoring pressures, if any.

Surprisingly, Seth and Sabharwal agreed after analysis of balance sheets of DDCA that there was profit of Rs 5.65 crores, Rs. 4.71 crores and loss of Rs. 65.87 lakhs in the years 2011, 2012, 2013 respectively. “Given these figures and the licence fee for land, as determined at market rate given by L and DO, it is clear that the concession given by L and DO to DDCA is ‘material / of considerable value’ without which DDCA would struggle to exist,” they said.

But despite agreeing that DDCA would not be able to exist without government concessions, they took into considerations stay given by Delhi High Court in separate cases, to defer the decision on declaring DDCA as Public Authority under RTI Act. “…the Central and State Information Commissions, declaring certain entities as public authorities under Section 2 (h) of the RTI Act, primarily on the basis of allotment of land by the appropriate government at highly concessional rates, have been either stayed or in one case set aside by High Courts.

“In the light of the foregoing and in order to avoid multiple litigation, we would refrain from passing an order at this stage. The matter is adjourned sine-die. It would, however, be open to the parties to agitate the matter before the Commission again after the superior courts have pronounced their decision,” they said.

Meanwhile, Acharyulu said in his dissent verdict that Agrawal discharged his burden showing that ‘DDCA was substantially funded indirectly’ by the appropriate government. “The documents provided and official websites maintained by the concerned Government departments also proved that DDCA was indirectly and substantially financed,” he said directing the cricketing body to follow procedures given under the RTI Act for public authorities,” he said. 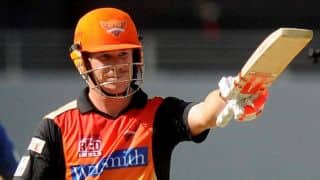 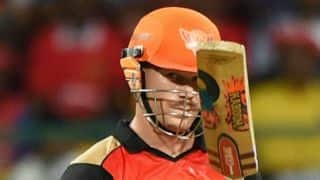