The divisive Michael Clarke began his reign as Australia's new Test and one-day captain on Wednesday by denying that former skipper Ricky Ponting's presence in the side will cause problems. 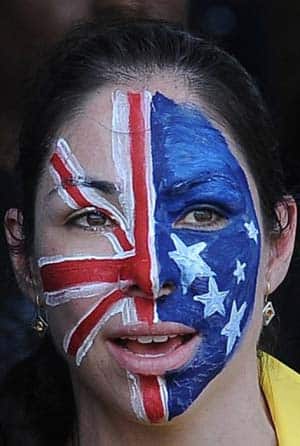 The divisive Michael Clarke began his reign as Australia’s new Test and one-day captain on Wednesday by denying that former skipper Ricky Ponting’s presence in the side will cause problems.

Long seen as heir-apparent, the stylish batsman, who turns 30 on Saturday, was appointed to one of the most coveted roles in Australian sport after Ponting bowed to pressure and quit on the heels of their World Cup exit.

Clarke jumps into the role immediately, leaving this week for a tour of Bangladesh as fans remain split on whether he is the right man for the job.

Ponting, who led Australia in more than 300 Test and one-day matches, will also be on the plane, taking orders from his former deputy for the first time after being named in the squad to play three one-dayers. “First of all can I say what an honour it is to be named captain and also a huge surprise to see Ricky stand down,” Clarke said, denying Ponting’s desire to keep playing would overshadow him.

“I know Ricky will allow me to do my job to the best of my ability. Bangladesh will be a great test for that to see how it all unfolds.”

Shane Watson was named as Clarke’s vice-captain with Cameron White remaining the Twenty20 skipper. Clarke’s Test reign will start in August when he skippers a tour of Sri Lanka.

Although he was widely expected to get the job, Clarke is not popular with Australian fans and polls published Wednesday showed the public’s coolness towards him.

According to the Sydney Morning Herald, only 26 percent of 21,000 respondents in an online poll favoured him as the new captain.

In the Sydney Daily Telegraph, a survey of 8,500 readers placed him a distant third behind Shane Watson and Michael Hussey.

A part-time underwear model, he regular appears in the social pages and he upset many when he controversially returned to Sydney during Australia’s tour of New Zealand in March 2010 for “personal reasons”.

It followed his model fiancee Lara Bingle deciding to sue her former lover Brendan Fevola for disseminating naked pictures of her, which ended up in a women’s magazine. Clarke later called off his wedding plans.

Ponting, though, insisted Clarke was the right choice, and vowed to give him all the support he needed. “He has done nothing wrong when has stood in for me over the past few years and his record in T20 cricket speaks for itself,” he said in a column for The Australian newspaper.

“I will be there in the background for him if he needs me, but from today the Test and one-day teams will be his and I will be one of many players who follow him onto cricket grounds all over the world.”

Asked how he will feel taking orders from a man who used to be his deputy, Ponting replied: “I’ve taken orders most of my life, I’m pretty used to it.”

Clarke made his professional debut for New South Wales as an 18-year-old in the 1999-2000 Australian domestic season.

He made the jump to the national one-day team in January 2003 against England at Adelaide and was chosen to make his Test debut against India at Bangalore in October 2004.