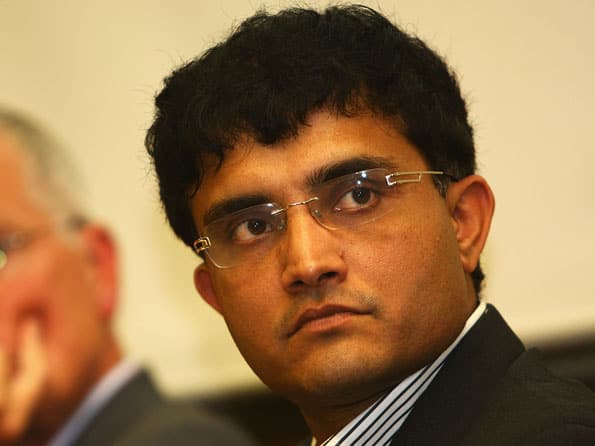 “The captain is so important and Clarke has showed a lot of faith and respect in senior pros Ricky Ponting and Michael Hussey. One can see a good camaraderie between Ponting and Clarke, and that’s a big thumbs-up to the skipper.

“A lot of teams have leaders who look to keep the past captain away as they want their own boys and own group, but Clarke has showed enormous maturity in that department. That will really stand him in good stead with his tenure as captain. You can see that in the way Ponting and Hussey bailed him out of trouble at the crucial juncture,” Ganguly wrote in his column for Sydney Morning Herald.

India crashed to an embarrassing defeat on the penultimate day of the first Test at MCG to hand Australia a 1-0 lead in the four-match Test series.

Ganguly said not many expected this match to finish inside four days and the Australians deserve a lot of credit for the way they played.

“They were under a lot of pressure after the Hobart match against New Zealand and showed a lot of character in this game to come out win. People were expecting India to roll them, but they have always been a tough side to beat in their own backyard.

“A lot of the credit should be given to captain Michael Clarke. That the young players have come through so well says a lot about his confidence in them. He took a brave decision at the start of the Test by deciding to bat first after winning the toss. It was a clear statement to the opposition that Australia was ready to take the pressure straight away, rather than leaving the team to chase a target in the fourth innings,” he said.

Ganguly added that the young Australian pace attack should be given a lot of credit for the convincing win as they put India under constant pressure.

“This was a new-look attack to the one they had in South Africa and they really handled the rise to Test cricket very well. James Pattinson, Ben Hilfenhaus and Peter Siddle bowled splendidly.

“There was no respite. They bowled good line and length and with pinpoint accuracy. Although they have a long way to go to emulate the great Glenn McGrath, they can be proud that they put this exceptional Indian batting line-up under so much pressure. They bowled in the high 140km/h range throughout the Test and kept attacking the Indian batsmen, who were tentative a number of times,” he said.

However, the former skipper backed India to come out fighting in the second Test at Sydney starting January 3.

“We hear there will be a fair bit of grass on the Sydney pitch, which is normally a good batting wicket. A lot of Indian batsmen have scored a lot of runs on that ground and the Aussies will have to make sure they maintain their pressure, as I fancy India will be hard to beat.

“The Indians have some thinking to do, but I can guarantee a better show in Sydney. History suggests with India touring abroad that they play better from the second Test onwards. There is a lot of cricket left to be played in this series,” he said. (PTI)