Half-centuries by Kumar Sangakkara (61 off 46 balls) and Lahiru Thirimanne (54 off 39 balls) helped Kandurata Maroons score 168 for three in the second qualifier game of the Champions League T20 game against Sunrisers Hyderabad at Mohali. 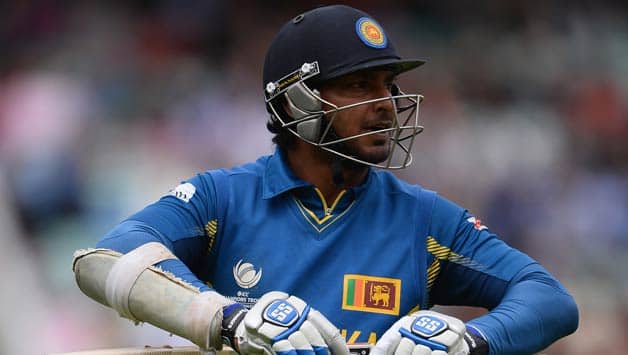 Half-centuries by Kumar Sangakkara (61 off 46 balls) and Lahiru Thirimanne (54 off 39 balls) helped Kandurata Maroons score 168 for three in the second qualifier game of the Champions League T20 game against Sunrisers Hyderabad at Mohali.

The 89-run third-wicket partnership between Sangakkara and Thirimanne was responsible for steadying the Kandurata innings which at one point lost the plot after a promising start. Kandurata scored 15 runs off Dale Steyn’s first over — the opening over of the encounter. Steyn failed to get his line right as the hint of swing were bowled on the leg-side that resulted in Upul tharanga executing a fine glance and a flick that eluded the fine-leg. In Steyn’s next over, Tharanga caressed the premier South African bowler through the off-side for two delightful boundaries.

Sangakkara and Thirimanne then took over and took control of the innings. Shikhar Dhawan didn’t go for his leg-spinner — Amit Mishra and Karan Sharma since that ploy could have played into Kandurata’s hands. The middle overs were bowled by Sammy, Jean Paul Duminy and Thisara Perera. The intention was to contain which didn’t help Sunrisers’ cause.

Thirimanne got to his half-century off 37 deliveries and was soon dismissed playing across the line. His innings was punctuated by five boundaries and a couple of sixes. The innings gave Kanduratas a solid base to launch into an assault. Dilhara Lokuhettige, who joined Sangakkara after Thirimanne’s wicket, started the proceedings with a four off the first ball.

Sangakkara and Lokuhettige smashed Parera for 16 runs in the 18th over. The Sunrisers all-rounder failed to get his line right. Steyn had an off-day conceeding 34 off his four overs. Dhawan went for Perera in the final over; he was carted for a six off the first ball over mid-wicket.

In the hindsight, Dhawan might have committed tactical blunder by asking Sunrisers’ most consistent bowler Amit Mishra to bowl just one over.

Sunrisers now have their work cut out — needing to score at 8.45 runs to win the match on a track that is conducive to batting. Will the dew come into play as well? An interesting run-chase awaits.