Indian Premier League (IPL) champions Mumbai Indians will commence its' preparation-cum-conditioning camp ahead of the Champions League T20 from Friday at its home ground in Ahmedabad. 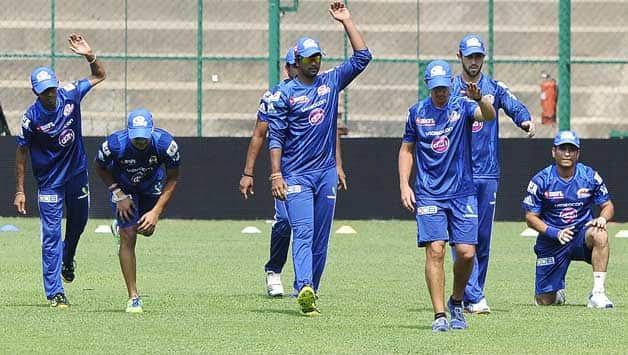 Indian Premier League (IPL) champions Mumbai Indians will commence their preparation-cum-conditioning camp ahead of the Champions League T20 from Friday at their home ground in Ahmedabad.

The team will have a five-day camp at the Sardar Patel Stadium and later return to play its two home matches in the city on September 23 and 27.

“Mumbai Indians had a great season in IPL 2013 emerging victorious. We are looking forward to begin our CLT20 campaign from where we had left,” said team mentor Anil Kumble.

“Ahmedabad is our new home ground during the league. This is the first time Mumbai Indians is setting its foot in this city and it would be exciting to play in front of our fans here in Gujarat.”

Placed in Group A, Mumbai Indians will play its first match — also the CLT20 opener — against Rajasthan Royals on September 21 in Jaipur.

Ashes 2013-14 selection could depend on form in Sheffield Shield, reckons Adam Voges