Voges was holding the innings together but then Ashish Nehra came in the 13th over and had him leg before. Click here for the live blog of the CLT20 2014 match between Perth Scorchers and the Chennai Super Kings 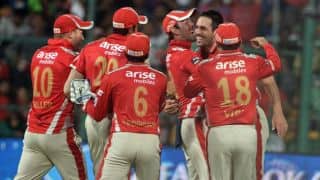