This game has to be a victory for each side as that would keep them alive in the competition. This has been a competitive game and they had trouble earlier when Chennai was not hitting it. Click here for the live blog of the CLT20 2014 match between Perth Scorchers and the Chennai Super Kings 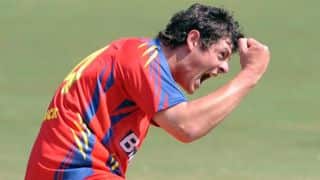