KKR are 12 for no loss after two overs.

In the 18th match of Champions League Twenty20 (CLT20), it was Dolphins who set the pace in the match through Kyle Abbott’s excellent first over. There was pace, bounce and carry and the openers were rattled. Gautam Gambhir got a snorter of a delivery, for which he had to take evasive action.  Robin Uthappa waited for the bad delivery and it came in the second over. The Indian Premier League (IPL) purple cap holder latched on to it and caressed the ball through extra cover. Gambhir 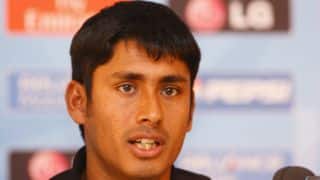