IPL's most consistent side CSK will aim to stamp their authority in clash against KKR.

Indian Premier League (IPL) teams, with their rich experience of playing in high-pressure matches, will begin the competition as pre-tournament favourites as the tournament proper of Champions League Twenty20 (CLT20) gets underway in Hyderabad with a Chennai Super Kings (CSK) versus Kolkata Knight Riders (KKR) match Wednesday.

Kolkata Knight Riders (KKR), Kings XI Punjab (KXIP) and Chennai Super Kings (CSK) will enter the competition with the added advantage of playing in home conditions with a settled unit of players whose ability on Indian grounds is well established.

The ten-team event that begins at the Rajiv Gandhi International stadium in Hyderabad will also be played at two other venues — Mohali and Bangalore. The tournament will have two teams from the ongoing qualifiers at Raipur, where another IPL team Mumbai Indians also have a chance to enter the main competition.

Other teams in the fray are Dolphins, Perth Scorchers in Pool A while Cape Cobras, Hobart Hurricanes and Barbados Tridents are on the other pool with KXIP.

IPL’s most consistent side CSK, under the leadership of inspirational skipper Mahendra Singh Dhoni, will aim to stamp their authority in the annual international T20 cricket competition played between the top domestic teams from major cricketing nations.

Skipper Dhoni leads a galaxy of T20 stars such as Dwayne Smith, Brendon McCullum, Suresh Raina, Dwayne Bravo, Ravindra Jadeja and Ravichandran Ashwin and they make CSK the team to watch out for.

Close on their heels will be KKR. But the Gautam Gambhir-led side has been weakened by the absence of South African pacer Morne Morkel and multi-talented Bangladeshi Shakib al-Hasan.

They will bank on their strong batting line-up which boasts of Gautam Gambhir, Robin Uthappa, Yusuf Pathan and Manish Pandey. All-rounder Jacques Kallis, with a wealth of T20 experience, lends stability to the squad with his medium pace bowling and effective batting.

Skipper Gambhir will have pacer R Vinay Kumar, Umesh Yadav and Pat cummins at his disposal while the cumulative eight overs of spin – from West Indian Sunil Narine, easily the best in the business, and Indian leg spinner Piyush Chawla – will be pivotal to their team’s success.

KXIP flaunt three of the most destructive batsmen – Glenn Maxwell, Virender Sehwag, David Miller – in world cricket. And the fortunes of these power hitters will be keenly followed in KXIP’s matches. These three players displayed their batting might during IPL-7 and the team hopes to make an impressive CLT20 debut riding on the big-hitting prowess of these proven match-winners.

Barbados’ star player Kieron Pollard’s decision to turn up for Mumbai Indians will hurt them the most as they lack experience in their batting order. The Caribbean side, though, has quality bowlers Ravi Rampaul and Jason Holder but lack of a strong batting line-up could prove to be their bane.

The ongoing qualifiers include New Zealand’s team Northern Districts and they look better placed to enter the main tournament with two wins out of two and strong run-rate of 2.684. Lahore Lions must beat Southern Express in their final match to improve their chance of qualifying to the next stage. 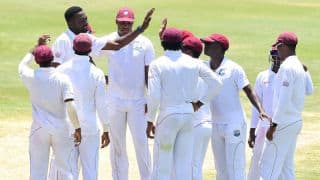