KKR, which won all three matches in the championship, will be looking for their 13th T20 victory in a row.

Kolkata Knight Riders (KKR) face Dolphins in their last league match in Champions League T20 (CLT20) 2014 tournament here Monday. With KKR already making the semifinals and Dolphins crashing out with losses in all three matches, the group A match is inconsequential.

KKR, which won all three matches in the championship, will be looking for their 13th T20 victory in a row. KKR assistant coach Vijay Dahiya, however, said there is no extra pressure on team to win every match.

“There is no pressure that we have to win one more game or to set any record. There is no extra pressure,” he told reporters before the team’s practice session at Rajiv Gandhi International Stadium here Sunday.

Dolphins, who crashed out with the defeat at the hands of Lahore Lions in Bangalore Sunday, also had a practice session here.

IPL champions KKR are taking it match by match. “We had close games in IPL. The thinking was that let us win one game. We always believed that if we play good cricket and go to crucial juncture we can win the game but players never felt pressure that they have to keep winning,” said Vijay.

The assistant coach said the good thing is that the team is not dependent on any one individual. “The way guys are finishing speaks about the teams’s confidence. The way Suryakumar Yadav played in the last game was remarkable. There was no tension on him. Everbody knows how Andre Russel can deliver for the team.”

Vijay believes the match against Dolphins will not be a cakewalk for KKR. “Every day is a new day. You do’t even make a mistake by thinking that it will be a cakewalk. We are playing good cricket but we have to give respect to the opposition. In T20 game you can’t take any game lightly.”

The assistant coach said Monday’s match will be played on a new surface. He said the team enjoyed playing on this ground. 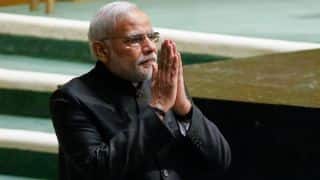