Kings XI Punjab are chasing 136 to win in their Champions League T20 (CLT20) 2014 match against Cape Cobras. They are through to the next round already and this game is a mere formality. Cape Cobras have been knocked out. In four overs, Punjab are 27 for no loss. Click here for the live score and ball-by-ball commentary of the CLT20 2014 match between Kings XI Punjab and Cape Cobras

Vohra had played a good shot off Vernon Philander in the fourth over when he pulled one across the line and it went for four through square-leg. Philander was then cut behind point for a four. Click here for the live blog of the CLT20 2014 match between Kings XI Punjab and the Cape Cobras 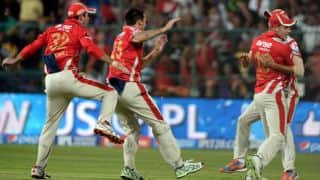