A late blitz from Robbie Frylinck took the gloss of Lahore Lions’ 16 run victory over the Dolphins.

A late blitz from Robbie Frylinck took the gloss of Lahore Lions’ 16 run victory over the Dolphins in Bengaluru on Saturday in the 14th match of the Champions League T20 (CLT20) 2014. Frylinck’s 27-ball 63 not out narrowed the Lions’ margin of victory, diluting their Net Run Rate gains and denting their hopes of progressing to the semi-final stage.

With the Dolphins 93-9 in pursuit of 164 the Lions were on the brink of a huge win—a win that could’ve elevated their NRR above Chennai Super Kings’ however Frylinck’s fifty prevented such a victory and will most probably leave the Lions plenty of catching up to do when they meet the Perth Scorchers on Monday.

It was a typically Pakistani performance from the Lahore Lions of tumultuous passages of play engendered by talent, skill, mistakes and mishaps. Indeed, there was an undercurrent of complacency to the nature of the match – complacency that the Lions cannot afford to carry with them if they are to make progress in this tournament.

The top order and the death bowling let the middle order and the spin bowlers down, but having already succeeded in the Champions League such performances can be see to be not so much due to a lack of skill but rather a lack of application and concentration and solutions are not complicated nor far away.

Admittedly, Nasir Jamshed really is in poor form with just 52 runs in the tournament so far, but Ahmed Shehzad and Mohammad Hafeez both have fifties to their name in this Champions League. What’s more the Lions clearly struggled against the quality swing bowling of the Northern Knights during the Qualifying Stage being reduced to 19-5 and 37-7 but the Scorchers, although from Australia, offer more of a spin threat than a seam threat. If that international top-three trio of Jamshed, Shehzad and Hafeez can lay some solid platforms the threat posed by Akmal and Saad Nasim in the middle and lower order is perpetuated to form one of the best batting orders in the tournament.

Bowling is the Lions strongest suit, particularly spin bowling. Thirteen overs were bowled by spinners today for the cost of 71 runs and the gain of seven wickets. Such figures are deeply impressive at a ground such as the M Chinnaswamy were the short boundaries and its location at altitude make it a difficult place for spinners to find success. The seam bowlers were less impressive however, conceding 75 runs from their seven overs bearing the brunt of Frylinck’s onslaught. The Lions can take refuge in the knowledge that Aitzaz Cheema has already bowled well in the tournament, while Wahab Riaz can be a potent death bowler.

Encouragingly the Lions fielding was much improved on previous outings in the tournament, while captain Hafeez mixed his bowlers with sagacity, pragmatism and control. When you bowl which bowler is almost as important as the quality of the said bowlers and the Lions are largely succeeding in both disciplines – an improvement in their death bowling and the Lions will back themselves to defend almost any total.

Indeed, the Lions certainly have the personnel to succeed and if only they could marry such natural talent with application, concentration and diligence they would avoid leaking 27-ball 63s and make their lives and qualification a great deal easier. 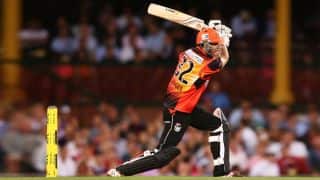 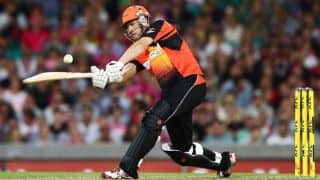