The winners of this match will meet KKR in the finals.

Suresh Raina was dismissed on six by Parvinder Awana. Captain George Bailey took the catch right at the end of the power play overs. The dangerous Raina, had inflicted carnage on KXIP in their last meeting in the IPL playoffs. 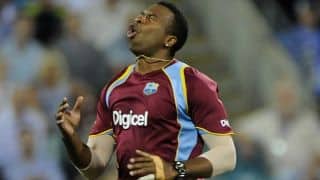 Indian hockey players get Rs 2.5 lakh each after winning the gold