Punjab are not facing a very big target against Cape Cobras.

Virender Sehwag has been dismissed by Robin Peterson in the CLT20 2014 match between Cape Cobras and the Kings XI Punjab. After surving a close shout in the previous over, he was caught at point when he tried to go over the top. In ten overs, Punjab are 74 for two. They are chasing 136 to win. Click here for the live blog of the CLT20 2014 match between Kings XI Punjab and the Cape Cobras 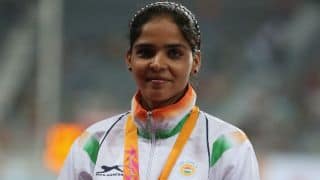