Eyeing a berth in the series against West Indies, left-arm Kings XI Punjab (KXIP) spinner Akshar Patel feels that Indian Premier League (IPL) and CLT20 are great platforms for the youngsters to prove their mettle.

“Both IPL and CLT20 are great platforms for the youngsters. If you do well here, you immediately get recognised,” the 20-year-old player from Gujarat said.

Asked if he was hopeful that he might be picked up for the series against West Indies, Patel said, “I have been putting in my best efforts. IPL is best platform for domestic player to prove his mettle. I did well in IPL and on that basis I have played three matches (ODIs) for India. If I do well here (at the CLT20), I will get more chances.”

He said playing in formats like IPL and CLT20 helps boost the confidence level of domestic players as well as helping them to improve skills while playing along side top international players.

Patel is not only known for his bowling skills as the other day, he played a 9-ball 23 runs cameo at Mohali when KXIP most needed it enabling the team to defeat Barbados Tridents by four wickets in the Oppo Champions League T20 league match.

“When I started playing cricket, I was a batting all-rounder, but two years later while playing Under-19, I got to bat at No 7 position. At that time, my coach told me that along with batting, I should hone my skills with the ball.

After this, I started to concentrate on my bowling and I began doing well.

“But from the start, I considered myself as a batting all-rounder and knew I could do well with the bat,” he revealed.  Asked what he considers are the challenges for a spin bowler in a format like T20, Patel said,”For a spin bowler, the challenges are more. In this format, you know batsmen will take chances and hit you. One has to accept the challenge and accept the fact that one can go for runs and yet at the same time look at the positive side, which is getting wickets”.

With two back-to-back wins in the CLT20 league so far, Patel said the KXIP will try to maintain winning momentum.

“Sometimes, couple of losses can affect the momentum,” he said.

Asked if there was any team in particular he feels that KXIP would be looking to beat in the CLT20 competition, he said, “obviously, we will like to defeat Kolkata Knight Riders, because we lost to them in the IPL final [this season].”

“We could have won, but we lost due to silly mistakes like six being hit in last over,” he said, adding KXIP was looking to avenge that defeat. 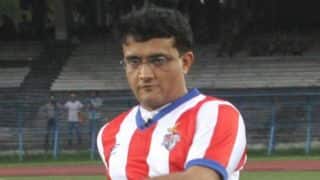