Just who will reap the rich harvest for the all the hard labour put in, will be unravelled tomorrow when a charged-up Royal Challengers Bangalore take on New South Wales Blues in the first semi-final of the Champions League Twenty20 here at the M Chinnaswamy stadium. 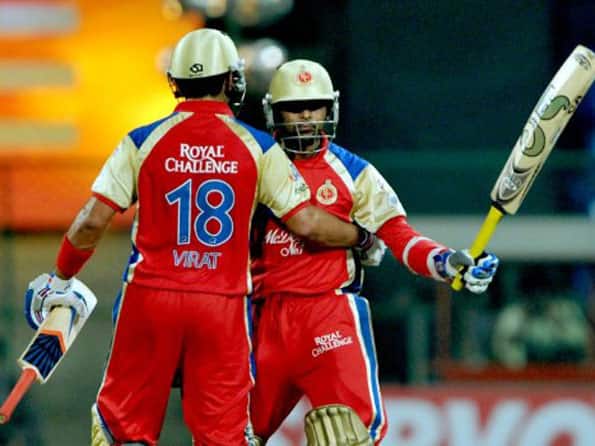 Just who will reap the rich harvest for the all the hard labour put in, will be unravelled tomorrow when a charged-up Royal Challengers Bangalore take on New South Wales Blues in the first semi-final of the Champions League Twenty20 here at the M Chinnaswamy stadium.

The Royal Challengers are on a high after sensational back-to-back victories. They showed how competitive they can be to distance themselves from their rivals.

After a stunning last-ball win over South Australia Redbacks last night, RCB will run into another strong Australian opponents and Group A toppers New South Wales in what could turn out to be a cracker of a contest.

Having languished at the bottom of the table till the fag end of the league, Daniel Vettori’s men transformed themselves from a beleaguered outfit to fierce fighters, posting tournament high totals in successive matches.

They set Somerset a highest target of 206 and then rewrote their own record yesterday, chasing a tournament-high 215 against the Redbacks.

RCB’s batting will revolve around Chris Gayle. The Jamaican has been amongst the runs, providing breezy starts.

He took Bangalore by storm with a 46-ball 86 against Somerset and another powerful show by him can carry RCB into the final.

Asserting Gayle’s importance in the side, Virat Kohli said, “Gayle is a wonderful impact player for us. I always have believed since IPL that if he doesn’t get the runs we would struggle. If he doesn’t fire, I have to step up and Tillakaratne Dilshan has to take the mantle.”

RCB’s Sri Lankan import, Dilshan sizzled against the Redbacks, silencing his critics with a well crafted 47-ball 76 that helped RCB pull off a stunning win.

Kohli, who has turned out to be Mr Dependable for RCB, will keen to continue with his run-scoring spree. Further down, RCB can rely on Mayank Agarwal, Saurabh Tiwary, Daniel Vettori and wicketkeeper-batsman KB Arun Karthik, who sealed the last-four berth with a towering last-ball six.

However, RCB’s bowling has been pretty ordinary so far.

When rival batsmen have got going, the bowlers, except Vettori and Syed Mohammad, have been at sea.

RCB would be hoping that the bowlers get their act right in the crucial game against the Aussie outfit.

NSW, who won the inaugural edition of the tournament in South Africa, are on a high and will be determined to regain the title.

David Warner has been in destructive form, reflected in his belligerent unbeaten 135, the highest individual score so far, against Chennai Super Kings.

Simon Katich’s men have put up good performances and have worked as a team, recovering splendidly after losing to Cobras in their opening game. They have won three games on the trot.

NSW made a tremendous fightback by smashing 16 runs in the final over before defeating Trinidad and Tobago via the Super Over Eliminator in a dramatic league game in Chennai.

They have also shown that they have the capability to recover from any situation. Despite tottering at 28 for five, they went on to overcome Mumbai Indians’ 101. Then they beat Chennai by 46 runs.

Another victory tomorrow could well make them strong contenders for the title. (PTI)

Hot Spot technology will not be used in India-England series