The CoA on Wednesday sent an e-mail to all the 30 state units of BCCI, instructing them to reveal the names of all their members by August 8.

New Delhi: The Committee of Administrators (CoA) on Wednesday sent an e-mail to all the 30 state units of BCCI, instructing them to reveal the names of all their members by August 8. The COA will meet the three BCCI office bearers and CEO on August 9 in Delhi. “Yes, we have received an e-mail from COA instructing us to put up the names of all our present members on state association’s website by August 8 evening. The email also states that a copy of that list should also be emailed to the COA for future reference,” Secretary of one of the state units, who cannot be officially quoted, told PTI on Wednesday. It is learnt that COA wants to ensure that all those who are associated with units have valid membership. Till date a number of units have only listed the names of their office bearers, which has been uploaded on board’s website. COA issues notice to BCCI office-bearers following Johri ouster from SGM

Earlier, a miffed CoA last Thursday served a notice to top BCCI office- bearers, including acting president CK Khanna, for not allowing CEO Rahul Johri to attend its latest SGM. Acting secretary Amitabh Choudhary and treasurer Aniruddh Chaudhry also received the notice. As per the third Status Report of COA, dated April 6, Johri is considered its representative in all BCCI meetings but during the board s Special General Meeting on Wednesday, acting secretary Amitabh requested Johri to leave the meeting premises along with other employees of BCCI. Vinod Rai hopeful CoA will complete task by October

The acting secretary s contention was that since the Supreme Court, in its July 24 judgement, has strictly mentioned that only office bearers of state associations can attend the SGM, they were following the apex court s directive in letter and spirit . 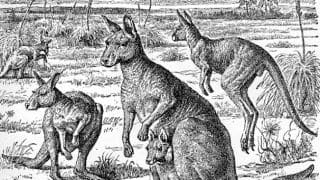