The move was envisaged on the lines of top football clubs who travel to the Asian countries before the start of the season to promote the game and expand the fan base of the teams.

Indian Premier League (IPL) franchise Mumbai Indians‘ plan to promote brand IPL in the US has been shot down by the Supreme Court-appointed Committee of Administrators (CoA).

The move was envisaged on the lines of top football clubs who travel to the Asian countries before the start of the season to not only promote the game, but also to expand the fan base of the teams.

Speaking to IANS, sources in the know of developments said that it was unfortunate that the effort of the franchise to spread awareness about the IPL and increase the following of the cash-rich league was turned down by the CoA.

“Since MI participate in a BCCI tournament, they must take written permission if they are looking at any such move. Mumbai Indians’ idea was to promote brand IPL and the game in the US and also to develop a new market for the game. The team would have headed to the US and also play a few games with local teams so as to attract cricket lovers in the region and get them up close and personal with their favourite stars.

“In fact, MI was also keen to share any revenue earned in the process. The IPL clause says that if you as a franchise play outside of the tournament, any revenue earned is to be shared. MI had no problem with that as the idea was to take the game to more homes and increase the fan base,” the source said.

“MI even asked the CoA to provide the window as per their suitability. Playing local matches would popularise the sport as we all know that cricket is not followed much there and also, there are many Indians there and the franchise wanted to go and experiment and see how they can give back to the game,” the source added.

Asked if the franchise looked at it as a profitable venture, the source said: “Selling tickets wasn’t their idea because you never know if you would even have the top stars like Rohit Sharma playing as they have national commitments. The idea was to promote the brand and the game in the region. It was about making a noise. The franchise is very serious about the idea and wants to bring it up with the BCCI in the future as well. IPL is a global brand in cricket playing countries, but what about the upcoming nations?

“Isn’t this why the football clubs come to Asian countries on their pre-season tours? That is how you expand the brand and make the game more popular. It is no mean project and MI is ready to do that and should get the required assistance.”

While the CoA was informed of the proposal from MI, it decided not to grant approval. 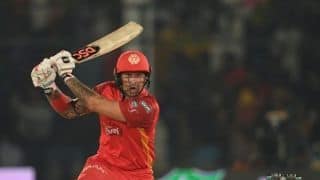 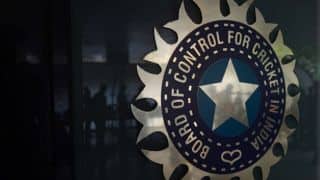