The SC-appointed CoA has written to the Bihar Cricket Association (BCA) asking to provide documents of implementation of RM Lodha-led committee recommendations.

The Supreme Court-appointed Committee of Administrators (CoA) has written to the Bihar Cricket Association (BCA) asking to provide documents of implementation of Justice (Retd.) RM Lodha-led committee recommendations. On June 9, the CoA had received an email from BCA secretary Rabi Shankar Prasad Singh, claiming that the state cricket association has already adopted the recommendations of the Lodha Committee and has also appointed an Ombudsman for the redressal of grievances.

However, in order to determine whether the BCA has fully adopted the recommendations of the Lodha Committee or passed a proper resolution for the same, the CoA has requested them to provide the following documents:

(a) Copy of Constitution/Bye-Laws/Rules and Regulations of the BCA;

(b) Copy of the resolution (if any) passed by the BCA for adopting the recommendations of the Hon’ble Justice Lodha Committee;

(c) Copy of the attendance sheet (with signatures of attendees) of the meeting at which any such resolution (as referred to in point (b) above) was passed; and

(d) Copy of the minutes of the meeting at which any such resolution (as referred to in point (b) above) was passed.

Meanwhile, BCA treasurer Ram Kumar had earlier alleged that Rabi Shankar Prasad Singh is `misleading` the CoA regarding the functioning of the state association.

The CoA also revealed, in their letter, that Ram Kumar had informed that there has been no meeting of the BCA in which the recommendations of the Lodha Committee were adopted. He had further claimed that any communications from Rabi Shankar Prasad Singh in the name of BCA are totally false, concocted and misleading.

In order to ascertain the current status of the Rabi Shankar Prasad Singh in the BCA, the Supreme Court-appointed committee also asked for some documents from him. They are as follows:

(b) Copy of the attendance sheet (with signatures of attendees) of the emergent meeting of the BCA held on April 3, 2017.

On August 23, the apex court had instructed the CoA to prepare a draft of the new constitution as per the Lodha panel recommendations. The Supreme Court had then said that the draft constitution would be based on its directions of July 18, 2016.

In a landmark judgment on July 18, 2016, the Supreme Court accepted major recommendations of Justice R.M. Lodha-led panel on structural reforms in the Board of Control for Cricket in India (BCCI) and had given six months deadline to the board implement the recommendations.

On October 1 the same year, the board had accepted many of the “significant recommendations” of the Lodha Committee, but excluded the important ones, which have been a bone of contention between the cricket body and the Lodha Panel.

The recommendations, which have still not been accepted by the 30-member committee, include one-state one-vote, age limit of 70 years, cooling-off period of three years, which included the tenure of the administrators, continue with the five-selectors and retaining the powers of the president and secretary as per the earlier constitution of the board. 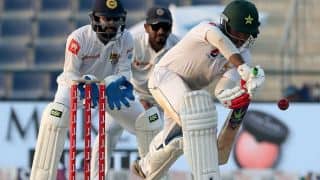