Kohli s request to allow wives of players on tour is likely to be turned down at the meeting.

Establishing a better communication channel between the players and selectors, besides mapping out the way ahead for the tour of Australia will be the major talking points when India skipper Virat Kohli and head coach Ravi Shastri meet the BCCI s Committee of Administrators (CoA) along with the selection panel on Wednesday at Hyderabad. India vice-captain Ajinkya Rahane will also be present.

According to a report in PTI on Tuesday, the meeting will also touch on Code of Conduct for centrally-contracted players, and the requirement of extra support staff.

The meeting comes after Karun Nair and Murali Vijay who openly voiced that there was no communication from the selectors or the team management after they were dropped from the squad. Their claim was denied by selection committee chairman MSK Prasad and CoA chief Vinod Rai.

However, the players Code of Conduct has been another major point that will be deliberated upon after Nair and Vijay s statements are considered a violation of the ‘Code of Conduct’ for the centrally-contracted players.

“Obviously, the matter will be raised at the meeting. The BCCI has maintained that Vijay is not giving the true picture. Devang Gandhi [member of the selection committee] explained the position of selectors to Vijay in presence of team manager Sunil Subramanium,” a BCCI official said on Tuesday.

Kohli s request to allow wives of players on tour is likely to be turned down as most of the time spent during the meeting will focus on the overseas tours.

India begin their tour of Australia with the first of the three T20Is on November 21. Both teams will play four Tests beginning on December 6, while the three-match ODI series begins on January 12 next year.

With the tour of Australia ahead, the Indian team management have asked for an extra tour game before the first Test. Some Test specialists like Rahane, Cheteshwar Pujara are expected to travel to New Zealand with the India A to get match ready for the series.

The CoA will also decide if the team requires a spin bowling coach. Former India leg-spinner Laxman Sivaramakrishnan had thrown his hat into the ring, while current NCA coach Narendra Hirwani s name is also doing the round. 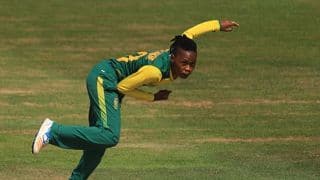