The COA's instruction before Sunday's SGM is an indication about what the members may face if they decide to appoint former BCCI president N Srinivasan as its representative at various ICC meetings.

New Delhi (PTI) The Committee of Administrators today informed all state units that they will seek the Supreme Court‘s directive on BCCI‘s representative at ICC meetings and asked the members to keep that in mind before taking any decision at the Special General Meeting on April 9. The COA’s instruction before Sunday’s SGM is an indication about what the members may face if they decide to appoint former BCCI president N Srinivasan as its representative at various ICC meetings. The letter was sent after COA learnt that all top office-bearers met Srinivasan at a Hyderabad hotel. While the COA is eligible to attend the SGM but its head Vinod Rai will be travelling abroad and won’t be present at the upcoming meeting.

The letter stated: “Members may kindly note that the Committee of Administrators has decided to seek appropriate directions from the Hon’ble Supreme Court on matters relating to eligibility for participating in any Special General Meeting or Annual General Meeting of the BCCI (both with reference to Members and their nominees/ representatives) as well as eligibility for being appointed to represent the BCCI at the ICC.”

The letter concluded with a very categorical instruction: “Members are requested to consider the above issues and ensure that attendance and decisions at any Special General Meeting or Annual General Meeting of the BCCI is in compliance with the orders passed by the Hon’ble Supreme Court as well as all applicable norms, rules and regulations.”

“Obviously, the COA is aware that both Amitabh Chaudhary and Anirudh Chaudhry are Srinivasan loyalists and with their wings severely clipped, they want to see their former boss at the helm,” a senior BCCI source told PTI.

“But the COA has also issued a new set of rules and regulations which make it clear that none of the state units can send members, who don’t fulfil criteria as per Lodha Committee’s diktat,” he added.

The COA again, in a new set of rules, reminded the three office-bearers about the Supreme Court order passed on January 30, 2017, which clearly stated: “The office bearers shall function subject to the supervision and control of the COA.” It is still not clear who are the officials representing their various state units at the Special General Meeting.

The COA has also told CEO Rahul Johri: “All contracts/ tender documents having the value of above Rs. 25 lakhs shall be put up by the CEO before the Committee of Administrators for approval.” 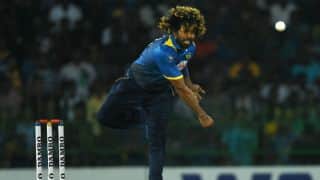