Wellington [New Zealand]: After representing Auckland for almost 12 years, New Zealand all-rounder Colin de Grandhomme has decided to leave the province and represent Northern Districts in the 2018-19 domestic season. The 31-year-old, who made his debut for Auckland in 2007 and appeared in 94 first-class matches for them, has opted to move to Northern Districts after purchasing a property in Tauranga.

While the switch would make the things easier for De Grandhomme, the decision to leave Auckland was a tough one for the all-rounder. “I have a lot of respect for Auckland Cricket and want to thank the team and the staff for everything they’ve done for me over the years. It was a hard decision, but I’m looking forward to representing Northern Districts in a big season ahead,” ESPNcricinfo quoted De Grandhomme, as saying.

De Grandhomme’s stint in the ongoing 11th edition of the Indian Premier League (IPL) recently concluded with the exit of Royal Challengers Bangalore (RCB). The New Zealand all-rounder had amassed 131 runs at an average of 26.20 in nine games he played for the RCB. 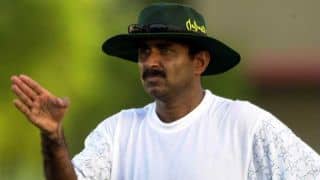