Munro has given red-ball cricket a break as he looks to seal a place for the 2019 World Cup.

The 2018 Caribbean Premier League (CPL) was a learning curve and a period of transition for New Zealand allrounder Colin Munro, who finished the league as the competition leading run-scorer with 567 runs from 13 innings at an average of 51.54 and a strike rate of 140.

More than just smashing the ball, Munro said he learned how to build an innings which he applied during a match-winning knock for Trinbago Knight Riders in the final that saw them seal the title.

“The way I went about my innings over there wasn’t just the old Colin Munro that comes in and hits 30 off 10 balls,” Munro told Stuff on Tuesday.

“It was sometimes very measured. I had to play according to the conditions. I’ve taken a lot off that and making sure that I know I can catch up [with scoring runs]. In the past I’ve probably put too much pressure on myself and I’ve played a bit more on the ego and trying to be that guy that can go out there and be very destructive.

Munro heads to the UAE where he will play for the Herschelle Gibbs-coached Balkh Legends in the inaugural Afghanistan T20 Premier League. He will then join the BlackCaps in the UAE as they gear up to face Pakistan in three T20Is and as many ODIs and Tests beginning with the first T20I on October 31.

“I’ve sort of evolved as a cricketer and a batsman and I’m happy with the way I went about my work over there. I’ve written a lot of things down. Hopefully, I can take that into the UAE [with the Black Caps],” he said.

Munro has given red-ball cricket a break as he looks to seal a place for the 2019 World Cup, a tournament he is desperate to play in specially after missing the 2015 version.

“Quite frankly that’s my main goal. If you speak to friends, family and team-mates, they’ll say the same thing. I’m doing everything I can to be a part of the one-day team and cement my spot,” he said. 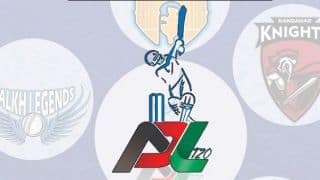 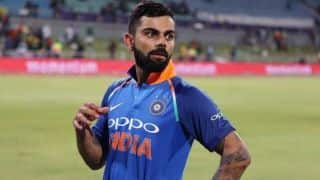