Tamim Iqbal played aggressively and got to his half-century off 32 deliveries.

A quickfire 54 from Tamim Iqbal powers his team Chittagong Vikings to a total of 161 against Comilla Victorians in the opening match of the Bangladesh Premier League (BPL) 2016. The match, being played at the Shere Bangla National Stadium, Mirpur, Dhaka, was scheduled to be played earlier but due to bad weather, the matches have been rescheduled to be played now. The match started with fireworks from the Vikings’ batsmen and they took things forward continuing with good batting to get to a challenging total at the end of their innings. Bangladesh Premier League (BPL) 2016: Points Table and Team Standings

Winning the toss, Comilla Victorians elected to bowl first. Tamim Iqbal and Dwayne Smith opened batting for Chittagong Vikings while Mashrafe Mortaza opened bowling for the Victorians. Both Tamim and Smith looked to play aggressive cricket from the very start of the innings as Tamim started playing big shots from the very start. Tamim hit big in the very first over as he went over cover with the second delivery to get it to the fence with a bounce. Boundaries kept coming in every over as the two batsmen kept going down the crease and hit the ball hard, looking fearless in their approach.

Imad Wasim remained the most economical during the initial overs, bowling with discipline. He soon got rid of Smith, trapping him for a full-length delivery. As the batsmen tried to go over long-on, the ball fell in Mohammad Sharif’s hand getting him out.

Tamim continued with his hammering and got to his half-century off 32 deliveries. He paired up with Anamul Haque, who soon started hitting freely and matching up to the pace of the innings. The partnership did not last for too long though, as Tamim had to depart for a terrible run out. As he looked to take a couple of runs, Anamul looked not to be interested in the second run and the miscommunication led to a clear run out of the Vikings’ skipper.

The team lost yet another wicket soon as Anamul also departed for a run out soon after. Anamul was on his way back into the crease after being denied a run by partner Shoaib Malik when he slipped. It was a direct hit from Marlon Samuels that hit the stumps before Anamul could get up and regain his ground.

Malik took things forward with Jahurul Islam but the pace of the innings went down due to the back to back run outs. However, Malik picked up the pace soon and started hitting hard like Tamim as the team approached the end of their innings.

Imad Wasim was the only successful bowler of the side with his solitary wicket while Azhar Zaidi bowled well. 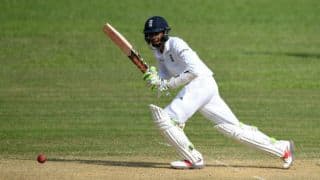 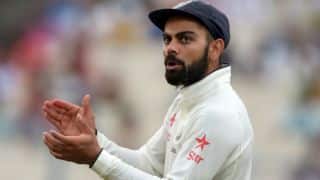