The opening game of the Bangladesh Premier League 2016-17 will be played between Comilla Victorians and Chittagong Vikings at the Shere Bangla National Stadium in Mirpur, Dhaka on Tuesday. The live cricket streaming of the match is available on Sony LIV, while the live telecast of the match is available on Sony SIX and Sony SIX HD. The streaming is also available on channelninebd.tv in Bangladesh, while the live telecast is available on Channel Nine in the nation. After teh first four games being washed out, the tournament has ben rescheduled and the unplayed matches will be played later. It’s a good move as all the teams will get their quota of the games. Bangladesh Premier League (BPL) 2016: Points Table and Team Standings

This tournament will be serving as an ideal platform for the budding talents to showcase their talent in the grand stage and rub shoulders with some big and established names in the game. With numerous numbers of games being played in this tournament a lot of action can be expected. Each team will be allotted points on the basis of every game and a total of four teams will make it to the elimination round. The bottom three teams will be disqualified from the tournament.

Expect a thrilling encounter as both the teams are well-balanced with some quality names in the side. They have some serious batting to entertain the crowds and one can expect a run-fest, here at Dhaka. Top four teams will qualify for the eliminators and one can’t afford to take things lightly as each and every game matters the most. 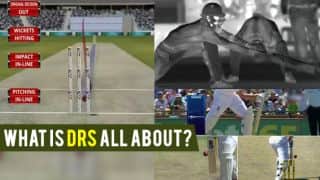 India vs England: DRS — all you need to know about 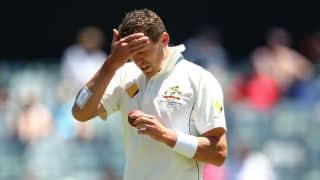