Across formats, Buttler was England s third-highest run-getter in 2018 with 1677.

The England batsman Jos Buttler has described 2018 as “the best” he has ever batted, and as he heads into the biggest year of his career with the 2019 ICC Cricket World Cup at home, the maverick believes he is in a very good space.

Buttler currently leads the KFC Big Bash League run table with 250 from five innings, an extension of the success he found in 2018. All three formats combined, he was England s third-highest run-getter in 2018 with 1677.

The last year is the best I ve ever played for a prolonged period of time, Buttler said on Wednesday. I ve had some great experiences over the last year, and I m probably at an age now where I understand my own game a lot better and I m just trying to keep learning. I ve had some great opportunities and met some fantastic people who I ve learned a lot about cricket from. Over time you learn a lot more about yourself, so I m trying to take that confidence into games.” (ALSO READ: England review – Resurgent in Tests, wonders with the white ball)

I ve got a lot of confidence and quite a bit of clarity as well. That s always something you fight with a little bit in the game. There s that constant battle of trying to improve, but not losing what you ve got and that kind of thing,” said Buttler. It gives you a lot of clarity and you can make peace with it because this is what I ve got, and I m going to be the best version of myself and not get too caught up in what other people try to do. I m just trying to enjoy my game and not have any expectations either. 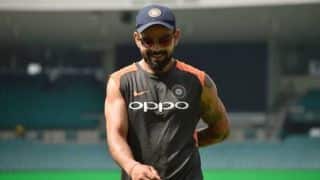 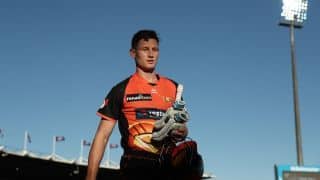