Cheteshwar Pujara has defended Indian bowlers after they ended up conceding 544 runs against a Cricket Australia XI in their lone warmup fixture.

Cheteshwar Pujara has defended Indian bowlers after they ended up conceding 544 runs against a Cricket Australia XI in their lone warm-up fixture ahead of the four-Test series that starts from Thursday at the Adelaide Oval.

Indian bowlers had to toil hard to bowl out the CA XI as they delivered in excess of 15o overs with captain Virat Kohli using 10 bowlers including himself.

Pujara has dismissed any concerns regarding the form of Indian bowlers considering the way they performed in the four-day practice match at the Sydney Cricket Ground which ended in a draw.

“Conceding 500 runs in a warm-up game doesn’t mean anything … we are not very much worried about it,” Pujara told reporters on Monday. “Our bowlers know what they have to do … they know what line and lengths to bowl in Australia.”

Three days ahead of the first Test against Australia, the India squad barring Rohit Sharma and Ravichandran Ashwin decided to skip the net session on Monday.

Pujara revealed the idea behind the rest day was to keep the players fresh for the all-important fixture. “We got what we wanted in the practice game and the trainer and the physio has been monitoring the workload. We thought that it was best to take a break today and train for the next two days and be fresh for the Test match.”

He continued, “We utilised all three days [in Sydney] properly. We also had some net practice while the game was going on so I don’t think it was a concern at all. We got enough practice and we did what we wanted.”

India’s lead spinner Ashwin will be eager to make amends to his record on Australian shores and it was evident how much motivated he is to correct the anomaly on the current tour when he opted to train while the rest of his teammates enjoyed an off-day on Monday.

Ashwin’s overall Test bowling average of 25.44 shoots up to 54.71 when in Australia.

Pujara revealed that the 32-year-old has made a host of changes to his bowling. “If you see his recent bowling, I think he has made a lot of changes. I can t describe what it is, not in front of the media. But he has made some adjustments which has helped him,” he said.

India are yet to record a Test series win in Australia and the latest tour has been hyped as their best chance to change the history considering the recent struggles the hosts have been enduring both on and off the field.

However, in 2018, the top-ranked India have lost two Test series in South Africa and England despite impressive performances. Pujara said the team has an ‘extra motivation’ to do well this time around in Australia.

“Being the No.1 Test team, we always look to win each and every series and this is no different. We definitely want to win the series, but one Test match at a time. In India we have been doing really well but whenever we travel overseas there is always an extra motivation to do well. And we have been playing good cricket outside of India now and this is a very good opportunity for the team to perform well,” Pujara said. 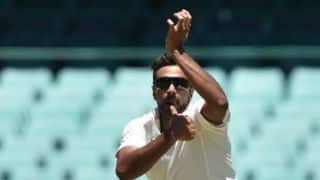