Dhawan said India also have other top-class performers down the order to step up in case the top-order fails.

Flamboyant opener Shikhar Dhawan on Tuesday said that the top three of Indian batting line-up, including himself, do not feel the added pressure going into the ICC World Cup 2019 despite high expectations.

He said the famed top-3 know how to go about their job in the World Cup starting on May 30.

“I understand that everyone’s emotions are high, but high emotions are not going to win you matches. The confidence and calmness will. It is alright even if it is World Cup. We are not going to over think it. We back ourselves and we are confident and calm at the same time,” Dhawan said when asked if there was pressure on captain Virat Kohli, Rohit Sharma and himself to do the maximum run-scoring in the World Cup.

“We have been doing well for five years now, so nothing is going to change. We have scored so many centuries, broken so many records, so we know how to do it,” said Dhawan ahead of his side Delhi Capitals‘ Indian Premier League (IPL 2019) match against Chennai Super Kings here on Wednesday. (ALSO READ: You will see a different Kuldeep Yadav at the ICC World Cup: Harbhajan Singh)

He said India also have other top-class performers down the order to step up in case the top-order fails.

“It is not just the three of us, the other boys have chipped in as well. There have been times when the three of us did not do well but Kedar (Jadhav), Mahi bhai (MS Dhoni) did the job. Hardik (Pandya) has been amazing and KL Rahul is there as well,” said Dhawan.

“Vijay Shankar has come in, he’s a talented boy. So, we have a great squad and we are very confident that we’re going to do great in the World Cup,” he said. (ALSO READ: MS Dhoni s been pretty sick, reveals Chennai Super Kings coach Stephen Fleming)

The left-handed batsman also said he was happy with the way he was playing in the ongoing IPL. Having qualified for the play-offs, Delhi are aiming for a top-2 spot.

“We just have to play the same way because that is what has given us the success. Knockout is just a tag, obviously if we win tomorrow’s game we directly go to the semi-finals, but nothing changes. We’re going to play the same way and back ourselves,” he said. (ALSO READ: CSK, Delhi Capitals square off in battle for top spot)

He lauded Shreyas Iyer‘s captaincy and said the Mumbai batsman was learning a lot from the high-pressure tournament.

“He’s been a great leader, he’s learning a lot from this high-pressure tournament. The way he has handled himself on the field is tremendous as a youngster. At the same time his strategic moves have been great as well.” 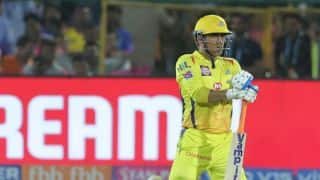 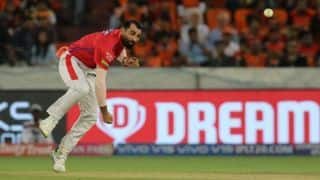