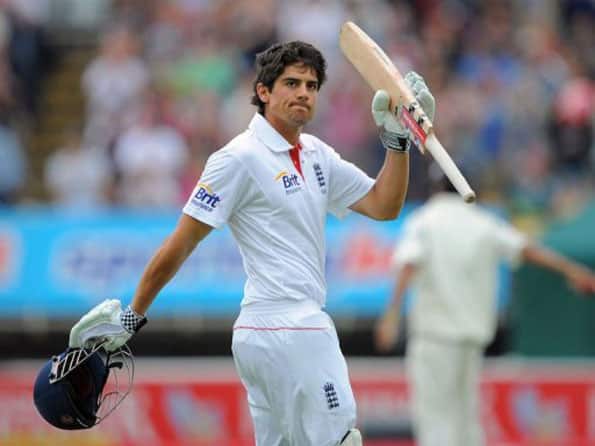 Cook made a career-best 294 as England piled up a massive 710 for seven declared, their highest Test innings total in 73 years.

At stumps India, who saw Virender Sehwag complete a ‘king pair’ before the close, were 35 for one in their second innings — still needing 451 more runs to make England bat again.

England were in complete command of a match where victory will give them an unbeatable 3-0 lead in a four-match series and see them replace India at the top of the ICC’s Test Championship.

But they found runs hard to come by on Friday until India took the second new-ball after tea, with Tim Bresnan blasting his way to 53 not out.

It was all too much for Australia great Warne, working as a television commentator for satellite station Sky at Edgbaston.

“Test cricket is entertainment – Eng on top but now very boring – on behalf of everyone watching – DECLARE (Andrew) Strauss !!!,” he advised the England captain on social networking site Twitter.

The legendary leg-spinner added: “Crowd all at bar — bored and singing — surely 300 to Cook then declare.. Crowd yelling and amusing themselves as everyone bored s(expletive)less.”

Strauss did indeed call a halt when Cook was out, six runs shy of becoming only the sixth England batsman — and first since mentor Graham Gooch made 333 against India at Lord’s in 1990 — to score a Test triple hundred.

“The old ball was quite hard to get away and they were setting quite defensive fields. The pitch was a little slow and it was hard to hit through the line,” explained Cook, who shared a fourth-wicket stand of 222 with fellow left-hander Eoin Morgan (104).

“We score generally quite quickly as a side but when you bowl a side out in two sessions (England dismissed India for just 224 in the tourists first innings) you can bat as long as you want.”

Cook was at the crease for nearly 13 hours before flat-batting Ishant Sharma to Suresh Raina at deep point and he admitted to mixed emotions at missing out on the coveted 300.

“It’s mad isn’t it how you can still be disappointed to get 290-odd? Only cricket can do that to you,” said the 26-year-old Cook, whose 19th Test century left him just three shy of equalling the all-time England record.

Cook paid tribute to the influence of Essex predecessor and ex-England captain Gooch.

“I think he will be quite happy and quite proud. With Gooch on board, you never have enough (runs). That ethos has really rubbed off on everyone.”

India leg-spinner Amit Mishra, who took three for 150, lauded Cook’s “patience and determination” but insisted India could save this match.

“I’m very confident our batting line-up will get a draw,” Mishra said.

And a cautious Cook added: “We are strong favourites but that doesn’t make you win.”

However, even Warne came round to singing Cook and England’s praises, saying: “Congrats to Cook — fantastic.

“When was the last time England were the number 1 test team in the world ? 70s? Great effort from them to get there ! Well done.”(AFP)