Cook says it will be tough to beat India at home

Cook says it will be tough to beat India at home

England outplayed India in all three formats of the game in their recent home series but one-day skipper Alastair Cook says beating M S Dhoni's men in their backyard in an ODI series next month would be a lot tougher task. 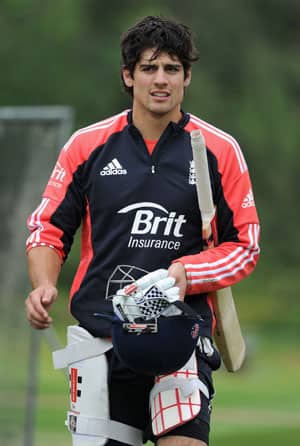 England outplayed India in all three formats of the game in their recent home series but one-day skipper Alastair Cook says beating M S Dhoni’s men in their backyard in an ODI series next month would be a lot tougher task.

Stating that Indian team would be “itching” for revenge, Cook said, “Of course it will be difficult over there. They will have a point to prove and the conditions will obviously suit them. I doubt we will see much green grass on the wickets we play on.

“They are world champions at home and itching to get revenge. It is down to us and how we cope with conditions and how we play. The best players adapt to that. We have players who have never played in India in an England shirt.

“The learning curve will be so steep but they will handle it well,” Cook told Daily Telegraph.

India suffered a humiliating 0-3 defeat in one-dayers in England in a five-match series last month with a match washed out and another ending in a tie. England also humbled India 4-0 in a Test series that resulted in the latter losing their number one ranking.

Although Cook is aware that a number of key players in the Indian team — Sachin Tendulkar, Virender Sehwag and Yuvraj Singh — have been ruled out of the first two ODIs due to injuries but he admitted that in their own backyard, India are a tough side to beat.

The tour of India is certainly going to be a litmus test for Cook, both as captain and as a player because England have not beaten India in a one-day series in India since 1985, with their last two series ending in 5-1 and 5-0 thrashings.

But Cook is drawing confidence from a good summer in one-dayers where he has averaged 58 and scored runs at a strike rate of 95.

“It could not have gone too much better for me,” said Cook.

“As a batsman I always said I could play one-day cricket for England. I had to back that up with action straightaway and as a captain you want to start well as a player. It gives you that added sense of authority. It kind of ends doubts and helps your captaincy.

“It takes time for you to get used to being captain of the side and the coach and players get used to you. Really I have only done it for six weeks. It takes longer than that but people are working out how I do things and what I expect from players,” he added. (PTI)