The hosts reached their team score of 50 in just 4.1 overs.

New Zealand put up a massive 196/5 with the help of Corey Anderson‘s commendable efforts in the final Twenty20 International (T20I) against Pakistan as they look to win the series decider and the series at Wellington. Pakistan and New Zealand both have won one match each in the three-match T20I series and both teams are eager to win it. Corey Anderson did a great job as he made his much-awaited comeback with his unbeaten 82, while Shahid Afridi’s brilliant captaincy helped them comeback in the game after a poor start. LIVE CRICKET SCORECARD: New Zealand vs Pakistan, 3rd T20I at Wellington

New Zealand got a great start as Martin Guptill started off with a boundary and the over bore 15 runs. Guptill went on to hit big while Wlliamson kept his calm. The hosts reached their team score of 50 in just 4.1 overs and Pakistan looked in deep trouble. It was Shahid Afridi, their usual saviour, who gave his team their first breakthrough as he dismissed a dangerous looking Guptill for 42 off 19. Colin Munro, New Zealand’s dependable No 3 batsman failed as he was run out by young Mohammad Rizwan for 4. Full Updates: Pakistan vs New Zealand 2016, 3rd T20I at Wellington

Rizwan showed good flexibility as he picked up and threw the ball while in the air and it dislodged the bails. Corey Anderson made the much-needed comeback as he scored his half century off 27 balls and built up a 50-run partnership with Grant Elliott. Elliott couldn’t do much after that though, as he departed making 19 followed by Luke Ronchi who scored a solitary run. Anderson remained the highest scorer as he scored a 42-ball 82 and remained unbeaten.

It was Shahid Afridi’s brilliant field set that gave his team the wickets they wanted. Afridi rotated the bowlers cleverly and also bowled very economically to bring his team back in the game after being dominated vividly in the starting overs. Another bowler who showed some good work with the ball was Mohammad Aamer. Aamer, while bowling some good overs to stop the rain of boundaries, he bowled a brilliant last over without giving the batsmen any opportunity to hit a boundary. 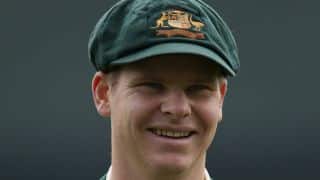