Courtney Walsh implied how tournaments like IPL push back a player's priorities.

Bangladesh have lost the first T20I at Dehradun against Afghanistan. They are without their premier pacer Mustafizur Rahman. The left-arm bowler picked up an injury while playing in the IPL where he represented the Mumbai Indians (MI) in the 2018 edition. The interim coach Courtney Walsh is certainly not pleased with the bowler’s injury.

“It’s a cause of concern for me. It’s the second time he has come back from the IPL with an injury. We need keep him (Mustafizur) fit and make him stronger because he is young, talented and has everything to offer. We need to get his mind right and get his bowling up to the standards it can be,” said Walsh in a report from Cricbuzz.

Walsh, a man with 519 Test wickets, held the world record for most wickets in Tests during the early part of this century. Knowing the demands of modern cricket, Walsh was disturbed with Mustafizur’s absence.

“But at the end of the day, the player himself got to take responsibility because you are working for two different environments,” Walsh said before implying how tournaments like IPL can push back priorities.

“We didn’t know about his injury. That made it more frustrating. Had we known earlier, we could have done something to get him back on the park quicker. He came to play a practice game. The message has been sent to him. He has to communicate through the right channel,” Walsh added. 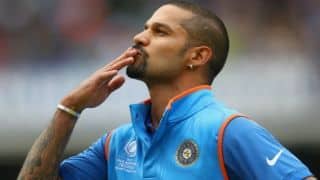